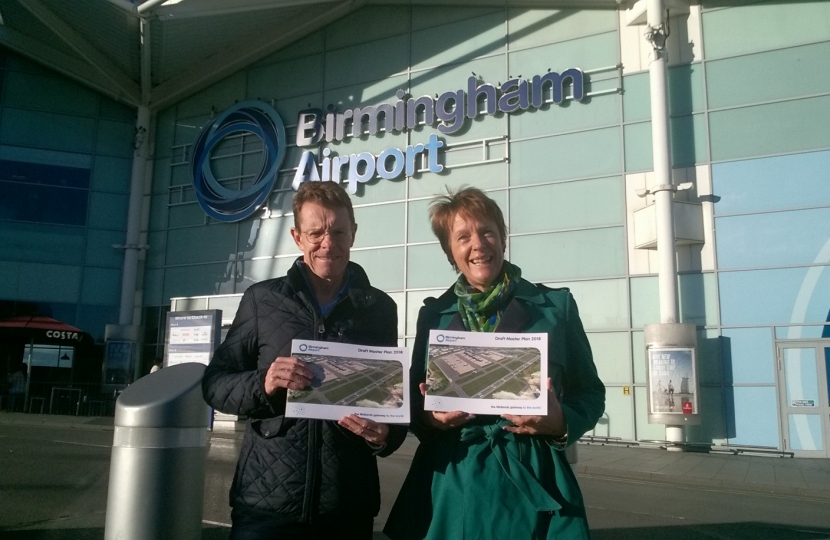 The growth of civil aviation in the West Midlands has been dramatic and now brings many economic benefits to the region. Around 13 million passengers per year now travel through Birmingham Airport and this number is expected to grow to around 18 million by 2033. To meet rising demand, approximately £500 million will be invested to expand and improve the airport.

The Airport is key to the continued economic success of the region, providing air connectivity for the expansion of international trade, investment and employment, the growth of inbound tourism, and access to outbound leisure destinations.

Following a successful campaign led by Dame Caroline Spelman MP and Andy Street, the West Midlands Mayor, the Draft Master Plan commits to delivering the improvements without the need to build a second runway. Further improvements will include upgrades to the departure lounge, security facilities, and increased baggage handling capacity.

Of the Plan, Dame Caroline Spelman, MP for Meriden, said:“The Master Plan sets out a number of exciting proposals for the improvement of the airport. I am delighted to see that the construction of a second runway does not form part of this plan. This is something that I campaigned for on behalf of local residents; a second runway would have blighted the local community. This revised plan will make better use of the existing runway and help secure economic success for the region whilst limiting the environmental footprint of airport expansion and mitigating the impact on local people.”