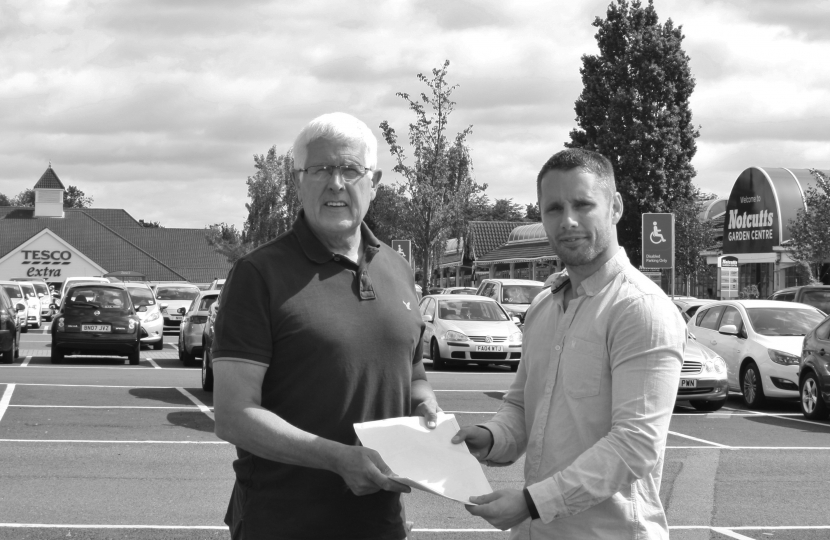 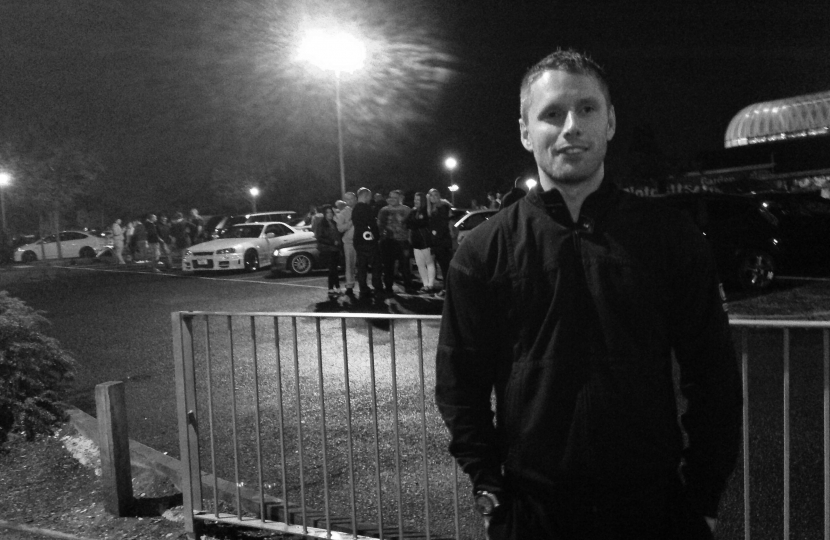 Anti-social behaviour caused by boy racers gathering on the car park at Tesco’s, Monkspath at weekends has a huge effect on local residents, particularly those living in Cheswick Green and Monkspath. Problems seem to have increased this year with several large gatherings over the summer months. As a result, your Conservative Action Team has led the fight to stop them.  Cllr Ken Hawkins submitted a petition to Solihull Council in July calling upon the Council, West Midlands Police and Tesco’s to work to stop these gatherings and the subsequent disturbance caused to local residents. Ken and Alex, who both live in Monkspath, have attended several of these gatherings to accumulate evidence to be used to combat these anti-social events.

On August Bank Holiday Sunday, a very large event took place. Ken and Alex went to the  car park where almost 1,000 young people and 700 vehicles had congregated on Tesco’s car park. The event was extremely noisy and both Ken and Alex were able to take photographs and videos. These photographs can be viewed on Ken’s website.

It became apparent BBC’s Inside Out team were filming these car enthusiasts/boy racers that evening and their filming re-enforced the level of noise and how local residents were disturbed. Most of those attending these gatherings come from all over the region and similar gatherings in parts of the Black Country have since been made unlawful through court injunctions.

Ken made representations to the Council’s Cabinet Member responsible for Highways and Transport, urging the Council and police to seek a court injunction which would ban these gatherings in the whole borough, thereby making all areas of the borough where these boy racers/car enthusiasts gather far safer and less noisy. This is now the preferred action to be taken and both Solihull Council and the police are working to ensure the streets of Solihull are rid of this anti-social problem.

Alex Insley, who lives in Monkspath said ‘We have put up with the noise all year with cars racing along the Stratford Road into the early hours. Ken and I have been working hard to try to end these gatherings and hopefully, if our request for a court injunction is successful, an end is in sight’.

More information can be found on Ken’s website via www.cllrkenhawkins.co.uk