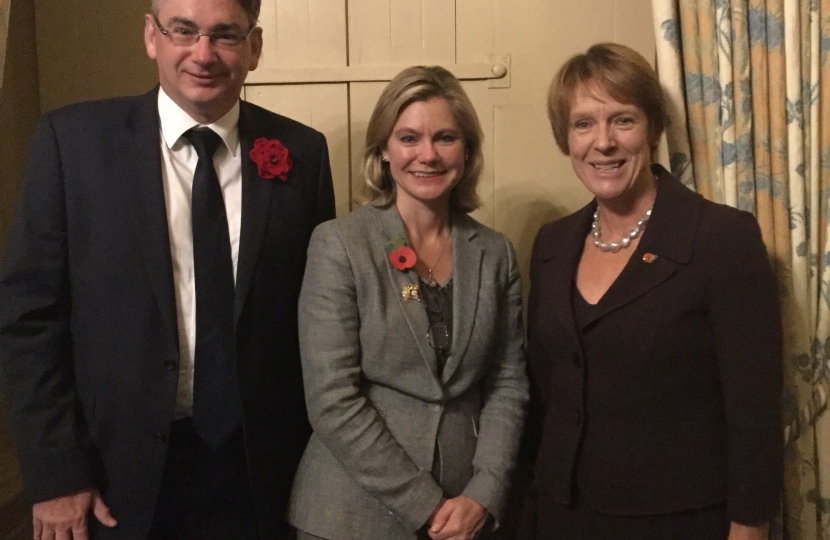 The Education Secretary, Justine Greening, visited the Borough's MPs recently to celebrate the success of its schools and discuss the recent allocation of new money to schools in the borough.

Since 1997 Solihull’s pupils have been in receipt of almost £1000 less in education funding compared with those in neighbouring local authority areas. However, after years of being at a disadvantage, local schools have benefited from the Government’s recent reworking of the formula which has closed the gap in funding between Solihull’s pupils and those in Birmingham and Coventry.

As part of the new formula and on top of existing plans to increase the schools budget, the Government announced further measures to increase spending on schools by £1.3 billion over the next two years.

Ms Greening said; “Solihull Borough’s two MPs continue to work with me on the issues of the Schools funding formula and have lobbied Whitehall for years about the historic injustices of the previous system.

“In my role as Education Secretary I have met with both Dame Caroline and Julian Knight and together they have led a number delegations of head teachers to the Department during which my Ministers have remarked on the exceptionally good results that pupils in Solihull Borough have obtained despite being at a disadvantage for almost two decades”.

“To that end, I reworked the education funding formula to make it fairer, and to provide additional cash to all schools so that no school is worse off.”

Dame Caroline said, “I am pleased that this Government is working to address the historic inequality of the schools funding formula. I would like to thank the Education Secretary for meeting with me and for her ongoing efforts to ensure that the needs of our local schools are met.

I would also like to give my assurances to local pupils, parents and teachers, that I will continue to work with the Secretary of State and her ministerial team to ensure that Solihull’s voice is heard and that we can get the best possible funding deal for our pupils”.

Julian Knight said, “It was fantastic to welcome the Secretary of State to Solihull, and that she’s listened to our collective lobbying on this important issue. Together we have delivered one of the best funding increases in the country for our local schools – schools which are already renowned as some of the best in the country thanks to the hard work and dedication of our teachers, councillors, parents, and pupils.”