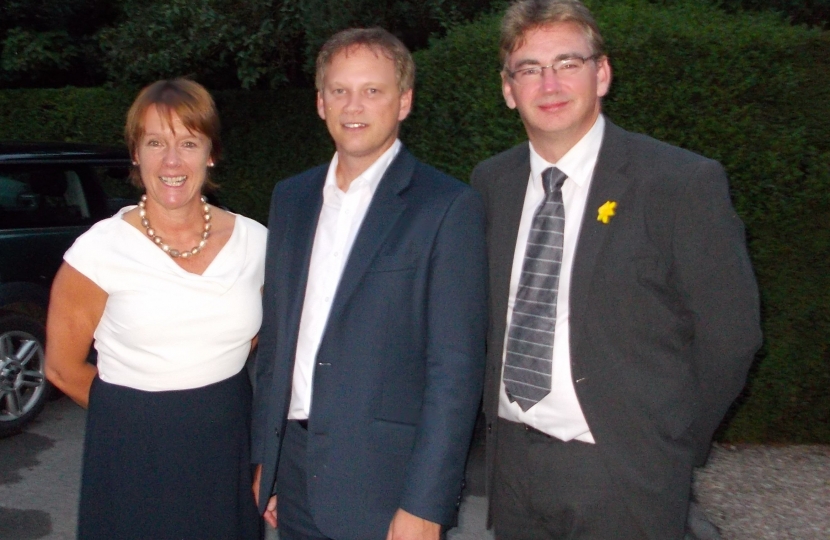 Grant Shapps MP & Conservative Party Chairman took time out of his busy schedule recently to meet local Conservative activists and Party members at an event in the constituency.  Grant spent time talking to Meriden MP Caroline Spelman, and Solihull Parliamentary Candidate Julian Knight about the issues facing the area, including the great news that 1700 jobs are being created at Jaguar LandRover in Solihull.

Caroline Spelman said  “We know we need to complete the job of economic recovery and my hope is the country will give my party the chance to do so”.

Julian Knight, Parliamentary Candidate for Solihull, said “"Fantastic evening spent with the Party Chairman, where he met our supporters, activists and one of the strongest Conservative Future teams in the country.   I feel more confident than ever that provided we continue the hard work we are on course for victory in 2015."

Solihull Borough has one of the largest Conservative Future branches in the country (for those aged under 30) many of whom attended the event.    Some of them took to Twitter after the event, to tweet their thoughts “Great to meet Grant Shapps tonight and hear him rally the troops.”   “We’re all working hard for victory in 2015.”  “A long way away but feeling motivated for Election 2015”.

If you are under 30 are want to join one of the fastest growing CF movements, visit www.solihullboroughconservatives.org.uk or sign up to day on line at www.conservatives.com.