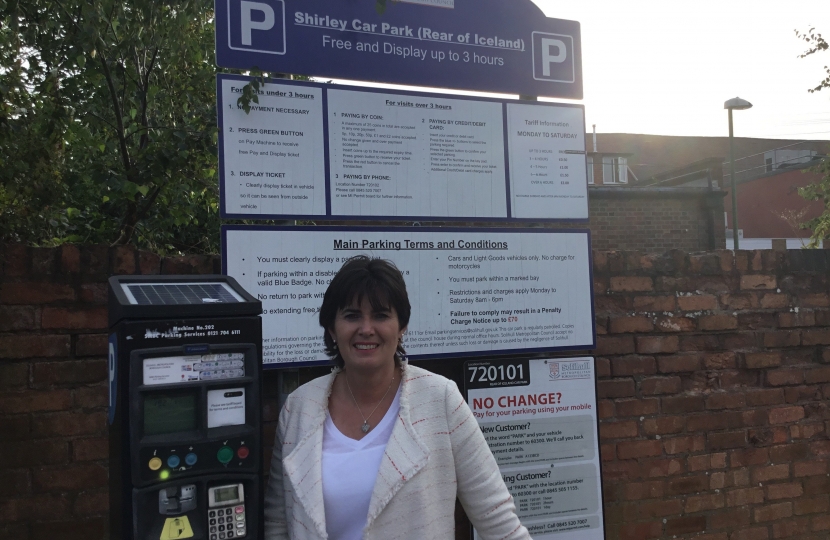 Residents and traders of Shirley will be delighted to hear that the Conservative-led Council has halted plans to introduce proposed new parking charges in Shirley.

The decision was announced by Cllr Ken Hawkins, Cabinet Member for the Environment & Highways.

Cllr Hawkins said; "In the case of Shirley, we are looking at a comprehensive plan to bridge the gap following the failed BID and until alternative arrangements are in place it would be inappropriate to make any further changes to the parking regime in Shirley."

Shirley East Councillor, Karen Grinsell added; "This is excellent news for Shirley.  My fellow Councillors, Mark Parker and Annette Mackenzie and I encouraged this decision.  We do not wish to de-stablise the current economic position, we want it to grow and prosper.  We've seen other town centres fall into decline, so a change in Shirley at this time would be unwise."