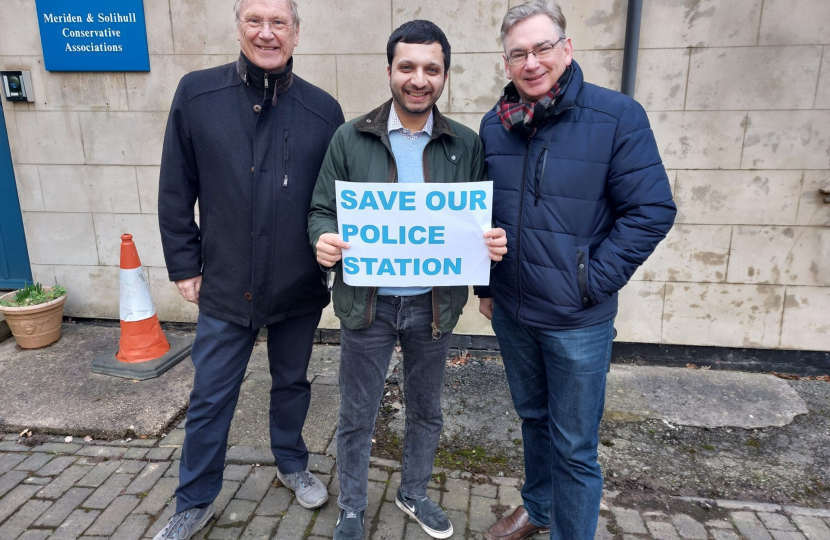 Engagement between us and the Police & Crime Commissioner can take place, but only when he makes it abundantly clear that he will commit to providing the south of the Solihull Borough with a permanent policing presence.

There is simply no excuse for the Police & Crime Commissioner. The Home Office will increase its funding settlement by £39.4m for the 2022/2022 financial year and the Solihull Borough pays more than its fair share in precept for the PCC. With this in mind, there is simply no financial argument to take our permanent policing base away from our constituents.

We urge the Police & Crime Commissioner to commit to keeping a permanent policing presence for the south of the Solihull Borough.

Solihull Conservatives are calling on the opposition to withdraw their Full Council Motion on the Cost-of-Living crisis; this politically charged motion calls for a VAT cut and the establishment of a Cost of Living Emergency Summit.