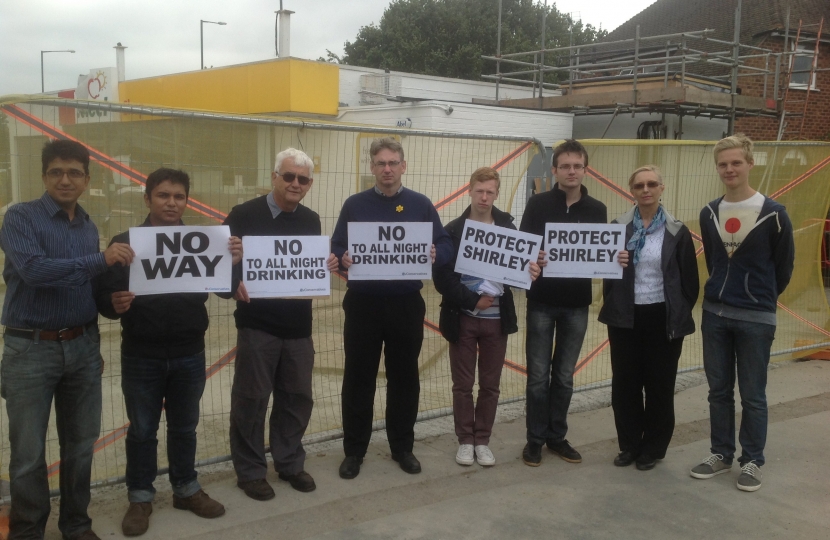 Julian Knight, Conservative Parliamentary Candidate for Solihull, has won his campaign to prevent the proposed Shell garage on the Shirley Triangle at the top of Tamworth lane from selling alcohol through the night.

Local residents approached Julian for help as they were concerned that the provision of alcohol through the night would make the garage a magnet for anti-social behaviour.  Julian took residents’ concerns to the local licensing authorities and to the site's owners Lockett & Co. Letters were written and a petition organised by local Shirley councillors Gary Allport and Peter Doyle.

On hearing Julian's arguments an authorised agent of Lockett & Co has given the following commitment in writing:

"We can confirm that the applicant would be happy to reduce the sale of alcohol hours to 06.00-23.00 hours seven days per week.  The hours for the provision of late night refreshment and opening hours will remain the same at 23.00-05.00 and 24 hours respectively."

Commenting on this result Julian Knight said: "This is a victory for the people of Shirley and for common sense. I along with local councillors and concerned residents were determined to stop this development becoming a magnet for ‘through the night drinkers’. It is a lovely residential area, full of hard working families who didn't want to be bothered by late night revellers looking for that one final drink of the night."

"I welcome the sensible response of the site's owners to the heartfelt concerns of the people of Shirley and their backtracking on ‘through the night alcohol sales’."