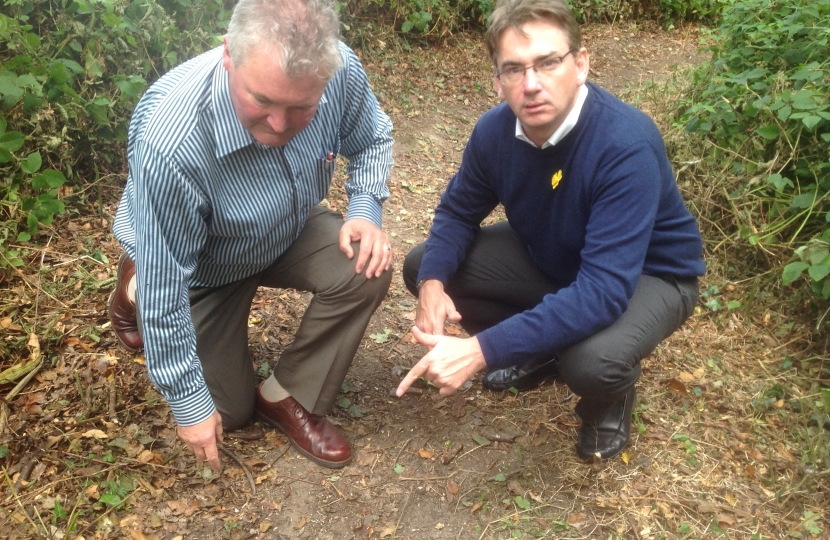 Elmdon residents have reported that they have often had to duck to the side of paths in order to avoid being hit by youths on bicycles.  Some of the victims of this anti-social behaviour have been mothers with pushchairs.  Having investigated the menace and seen evidence of dangerous cycling, Julian Knight is calling for urgent action.

Julian said; “We need signs to clearly tell cyclists where they can cycle and where they cannot. In addition, in some of the worst black spots, I would like to see barriers erected to deter ant-social cycling.”

“This is a real menace for the people of Elmdon, they are minding their own business walking on what is clearly a footpath only to be assailed by a speeding cyclist. I am not anti-cycling, as I am a very keen cyclist myself and recently raised over £1000 for Marie Curie Hospice in Solihull by cycling 120 miles for this local charity, but cycling is for the roads not footpaths.”

Local campaigner for Elmdon, Martin McCarthy said: “I completely agree with Julian, I am a keen cyclist too and I am sorry to see such lack of respect for other path users.”