Julian Knight takes to the Tills in Shirley! 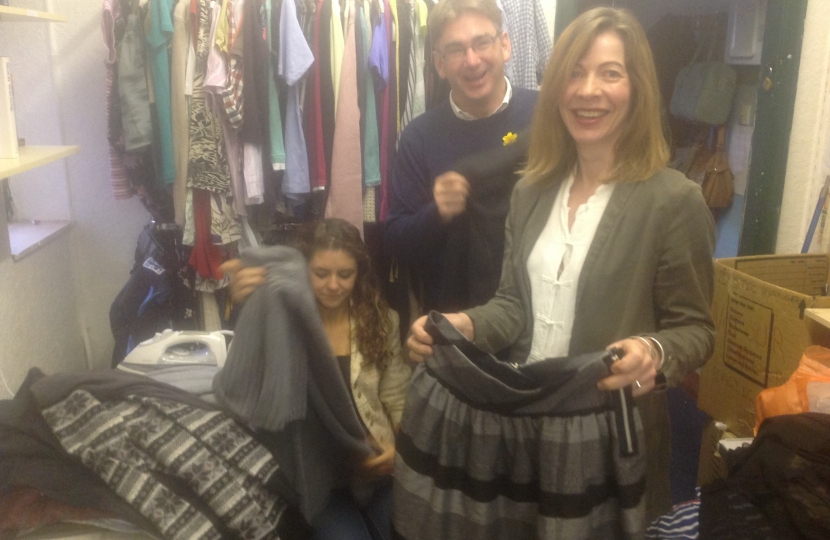 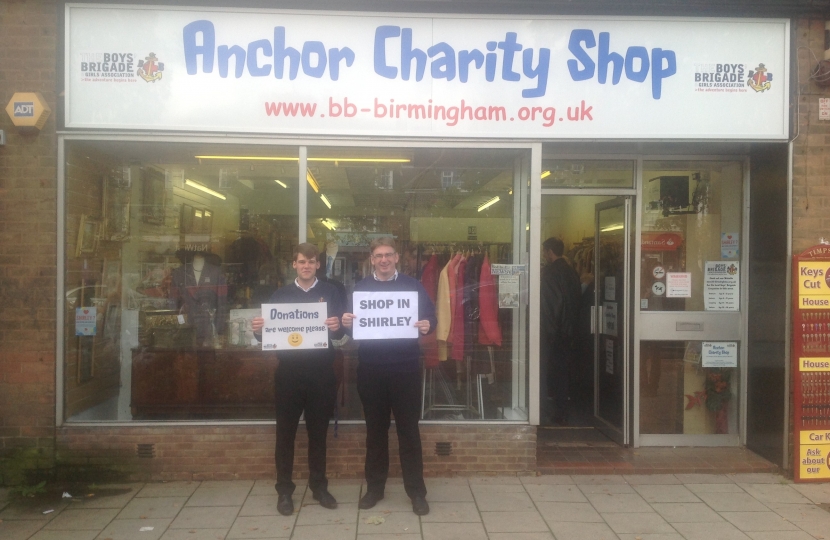 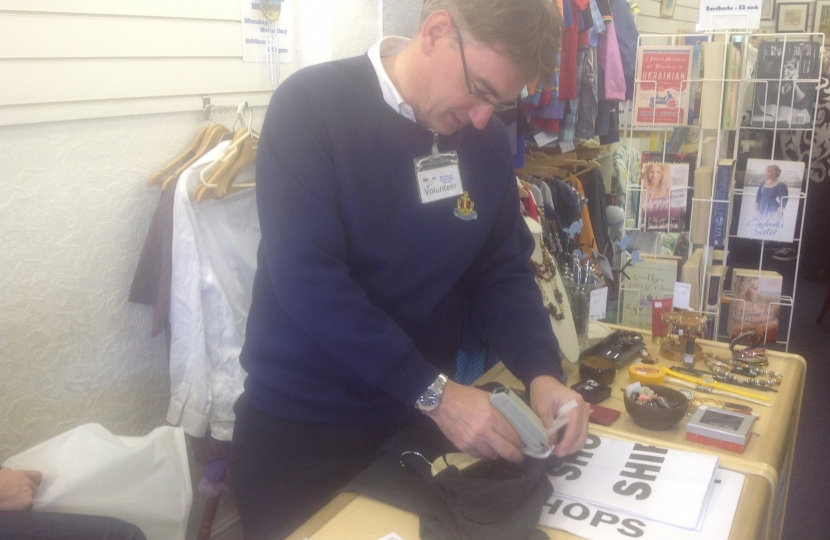 Julian Knight, Conservative parliamentary candidate for Solihull and Olton resident, took to the till on Saturday at The Anchor Charity Shop on the Stratford Road in Shirley.

Julian and his fiancée Philippa, volunteered to work in the shop to celebrate the 130th anniversary of the Boys Brigade – the Anchor shop is the retail arm of the Boys Brigade. Julian also wanted to encourage people to come and Shop in Shirley, as part of an on-going campaign.

“I have worked on the shop floors at Tesco, Alders and Comet earlier in my career and they were jobs I really enjoyed. You get to meet lots of different people and it’s great when you get a rush of customers. I remembered how to work the till and tag up clothes without a problem but I have to say my wrapping skills left a little bit to be desired.”

“It was great to join the volunteers, meet the customers and the store manager Jake. The Boys Brigade is really passionate about young people and these shops not only bring in cash but also give youngsters a chance to acquire great life skills.”

As for the Shop in Shirley campaign Julian is 100 per cent behind it: “Shirley is on the up with Parkgate set to be a success and the park undergoing a £600,000 facelift. We really need to encourage more people to shop in Shirley.”

As part of his voluntary work, Julian and Philippa worked on the shop floor and sifted through new items donated on the day.

Julian’s fiancée Philippa, who works for a children’s charity, said she was delighted to get up close with the donations: “I love looking for bargains in the charity shops. Julian knows I can’t pass one without going in and buying clothes, books, dvds or glassware. It was a very dangerous thing to take me to work in the Anchor shop as there are such great bargains there.”

Jake Williams, manager of the Anchor shop in Shirley welcomed Julian’s support: “Julian really mucked in and it was great to have him with us showing his support for the Boys Brigade and shops in Shirley.  He clearly has some retail experience although he could definitely do with taking a course in present wrapping.”

“It was a nice way to celebrate the 130th anniversary of the Boys Brigade. All donations are welcome.”