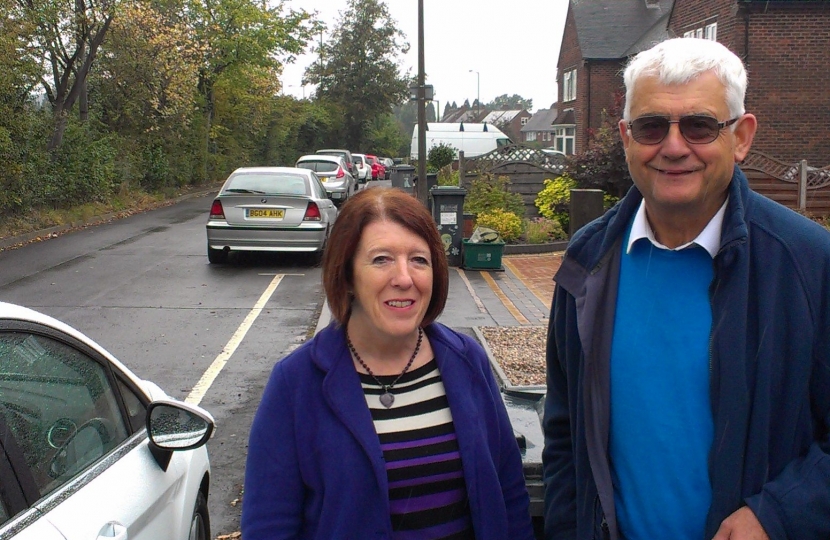 Cllr Gary Allport and local Campaigner, Angela Sandison, just wanted to let you know that the KFC inquiry has now closed.  This ran for 4 days instead of the planned 2 days.  It took longer than expected because of extensive cross examination by KFC’s barrister.  KFC took a very aggressive stance to try to get their application through.

Local Councillor, Gary Allport addressed the meeting to oppose the application.  He raised the huge opposition from local residents about the traffic danger for school children who use the bus stop opposite the proposed site and childhood obesity statistics, something we should be improving.  He also supported what other speakers at the Inquiry had to say including the impact on school children who attended Shirley Heath Junior School.

Julian Knight, Prospective MP for Solihull, has also consistently lent his  support to the campaign to stop this KFC.

Speaking after the meeting, Cllr Allport said “Angela Sandison and I have attended the inquiry and we are very shocked at the fact that KFC are ignoring the fears and concerns of local people.  KFC had a team of six representatives present for the whole time showing the resources they are putting in to get their way against the wishes of many local residents.  It’s also naïve of KFC to say that in their opinion the Parkgate Development won't create any additional traffic in the area!  They are wrong on this.”

Gary Allport expressed his thanks to everyone who spoke against this application, including residents, a local GP and Gail Knight, the Head teacher of Shirley Heath Junior School.   We now await the decision of the Inspector, which is likely to be known in the New Year.  We will continue to keep residents informed.