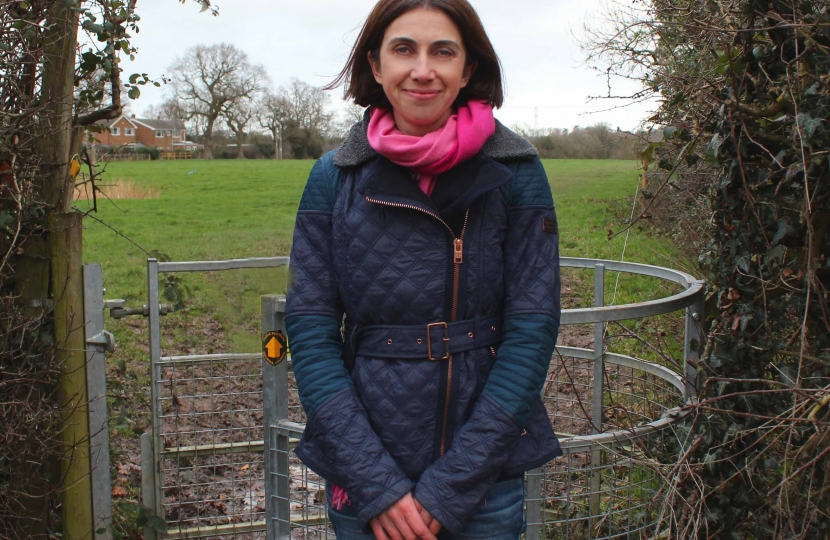 The Solihull Local Plan is undergoing Examination in Public, whereby two Government Inspectors scrutinise the Plan in order to decide if it is to be adopted.

The Plan proposes an expansion of Balsall Common with nearly a quarter of the Borough’s new housing planned for the village.

Cllr Diane Howell, Conservative Councillor for the Meriden Ward and Balsall Common resident, presented evidence at a Public Hearing to highlight her concern on the amount of greenbelt land being released for housing and the current pressure on Balsall Common village services even before any additional housing is built. She also spoke out on the devastation and disruption that HS2 is causing to the Balsall Common and Berkswell area and the need to avoid a ‘double whammy’ of housebuilding on top of this.

Cllr Howell says ‘During the Hearing I became very concerned by the number of developers using the meeting to promote sites around Balsall Common that had not been selected for this Plan - with the inference that they should be taken in addition to those already proposed. I was also very concerned to hear promoters of existing sites offering to deliver even more homes than was stated in the draft Plan. This is not acceptable - and my exact words to the Examiner were that it felt like there was a ‘free for all’ on our Greenbelt and Meriden Gap’.

This Plan will set a limit on any expansion of Balsall Common and will identify what village improvements would be necessary to accommodate this. Cllr Howell continues : “I am very concerned by the number of homes proposed for Balsall Common and if the Inspectors see fit to reduce this number I will be delighted. But what was very clear was that without this Plan we could be subjected to a large number of speculative planning applications on greenbelt sites all around our village, and this could lead to far more homes being built with no plan to deliver the infrastructure we need.’

The Examination is continuing with Hearings scheduled to continue until the end of the year.

Solihull Conservatives are calling on the opposition to withdraw their Full Council Motion on the Cost-of-Living crisis; this politically charged motion calls for a VAT cut and the establishment of a Cost of Living Emergency Summit.