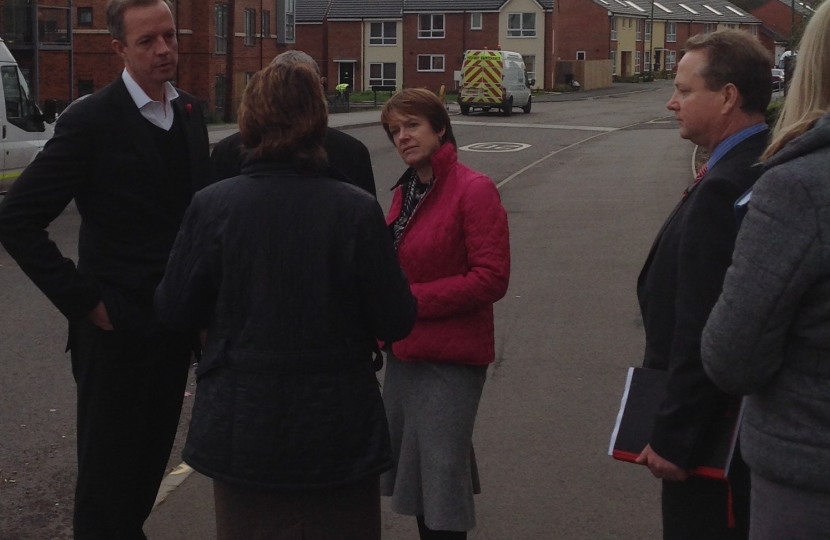 Nick Boles under Secretary of State with special responsibility for planning policy and communities was invited by Caroline Spelman to visit the ongoing £150m regeneration project in North Solihull.

Nick was taken to the new village centre in Smiths Wood to see new housing,the new schools and the site of the new GPs surgery funding for which was confirmed by NHS England only this week.

Nick was also able to see for himself the upgrading of the heating and cladding systems on two tower blocks which uses a Biomas fuel system to reduce energy costs to the residents.

Conservative led Solihull Council has maintained its committment to North Solihull regeneration despite a range of difficulties is securing ongoing funding.

This development together with the new village centre at Cheolmund Cross takes us one step further in delivering our vision started nearly ten years ago.