Saqib Bhatti selected as the Conservative parliamentary candidate for Meriden 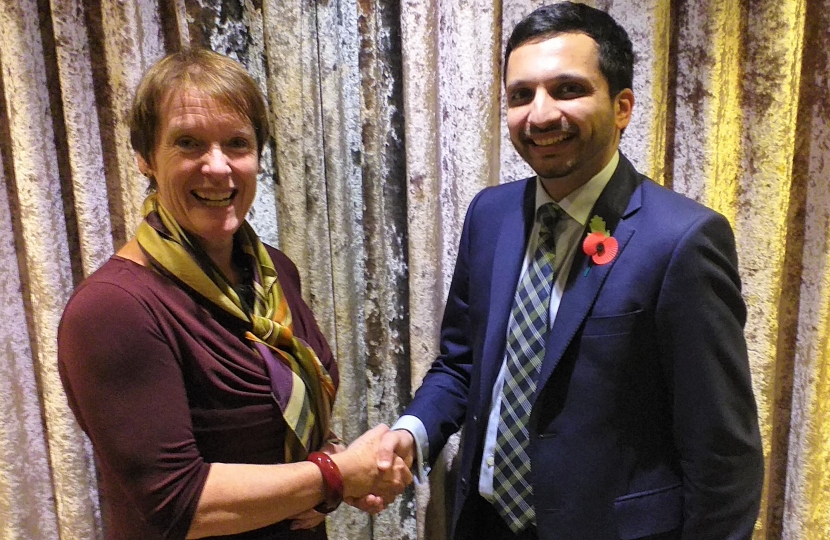 Meriden Conservatives have selected Saqib Bhatti as their parliamentary candidate after the decision by the current MP Dame Caroline Spelman, to stand down at the forthcoming General Election.

Saqib is a chartered accountant by profession and serves as President of Greater Birmingham Chambers of Commerce. During the EU referendum he was Co-Secretary General of Muslims for Britain, a campaign group working with Vote Leave. He is a director of Greater Birmingham and Solihull Local Enterprise Partnership, and of the Westside Business Improvement District.

On being selected Saqib Bhatti said “I am delighted to be selected as the Conservative candidate for Meriden. Dame Caroline Spelman has been a fantastic Member of Parliament for this area over the last 22 years, she will be a hard act to follow and I pay tribute to her legacy of standing up for local people across the constituency.

“I look forward to speaking to as many people as possible about my positive vision for our communities and how I shall be campaigning on issues such as protecting our precious green belt, further investment and jobs for our area and ensuring that our children have access to a good school place, no matter their background or where they live. But above all, if I am elected, I will be a strong voice for the people of Meriden and the surrounding communities at Westminster.”

Saqib added: “After three years of delay, the public wants to get Brexit done – and when they choose the next Prime Minister, voters deserve to have a clear picture of what each potential leader will do when it comes to Brexit.

“A Conservative government with a functional majority can get Brexit done with the Prime Minister’s great new deal and focus on the issues that make a real difference to people’s lives here in Meriden – the NHS, schools, and policing.”