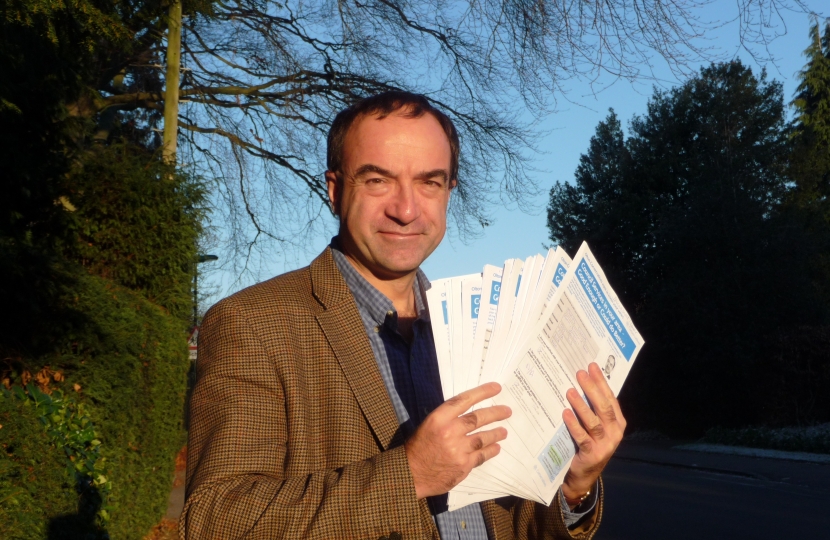 "I would firstly like to thank the 1,179 people who voted for me in the  Olton by-election on January 20th. So many of you put your trust in me to deliver for you here in Olton, and every single vote means so much to me. Thank you!   Of course it is disappointing that we did not quite get over the line this time. This election proves again that every single vote really does count!!   However to come within 9 votes of defeating the  Liberal Democrats in a ward where they have long held all the councillor positions and where their last 3 majorities were 1140, 740 and 1177 is a  tremendous achievement, one which gives us enormous pride.

The momentum in Olton is clearly with the Conservative Party.

However we will never take your vote for granted and I know that we will have to earn it again and again! To those of you who voted for the other candidates, I respect your decision but remain determined to win your trust in future elections.

To those of you who did not vote at all, I would urge you to do so in future elections.

Democracy is a precious gift. Many decisions which affect your daily lives are made in the Solihull Council chamber - including how much council tax you pay, how your refuse is collected, how your roads and pavements are maintained, what sort of developments will happen and how we can keep Olton a safe, clean and peaceful environment in which to live.

I would also like to thank the many people in the ward who gave freely of their time for our  campaign here. It was great to have so many of you helping us. It would take too much space to mention names, but you know who you are and how much I appreciate your efforts.