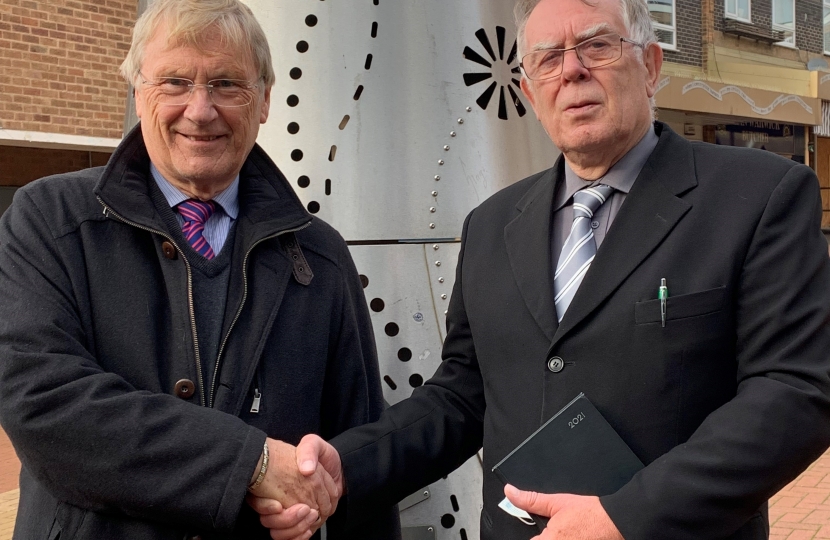 Cllr. Cole comments, “It is increasingly clear that the Conservatives in Solihull are making a serious commitment to Kingshurst and wider North Solihull. Central to that is the multi-million pound investment that is going to deliver the new flagship Kingshurst village, which will transform the centre of our local community. They have also shown strong support for employers in our area like Birmingham Airport and JLR and that’s crucial for people’s jobs and livelihoods.”

“My priority is improving the lives of the people of Kingshurst and Fordbridge, and I recognise that the Council Led by Cllr Ian Courts, Mayor Andy Street and local MP Saqib Bhatti share that commitment. So, I believe that by joining them I can achieve much more for the local community, which is why I have decided to formally join the Conservatives.”

Leader of the Conservatives on Solihull Council Cllr. Ian Courts comments, “David Cole is a well-respected hardworking Councillor who is a strong champion for Kingshurst & Fordbridge, so I am delighted that he has chosen to join our team and to work with us for the local community and its’ residents. He will be even more effective as a member of our administration than he was as an opposition Councillor. Kingshurst will have a strong advocate at the heart of decision making which is great news.”

“My administration is determined to focus on investing in North Solihull and we are working on a whole raft of plans to do just that – the Kingshurst regeneration scheme is a great example of our commitment. We are also working on a whole raft of other ambitious projects for the area including alongside Mayor Andy Street to bring the metro and new rail passenger services to North Solihull.”

Professor Swaran Singh has agreed to conduct a one-year review of the Party’s progress on implementing his recommendations.